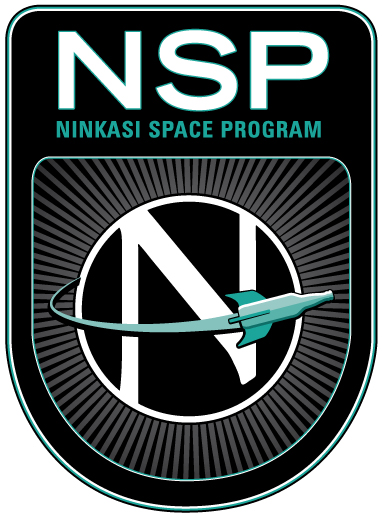 Always known for pushing the envelope with their brewing, Ninkasi Brewing will now launch an entirely new venture that will take them out of this world. Ninkasi is now partnering with the amateur rocketeer group CSXT (Civilian Space eXploration Team) and will be sending 16 strains of brewer’s yeast up into space. The goal is that the yeast returns to Earth healthy and ready to brew a beer with.

This new project is aptly called the Ninkasi Space Program or NSP for short. Partnering with the CSXT, the first amateur rocketeer group to successfully launch a rocket to space in 2004, the team will do it again, 10 years later, and carrying a payload of 16 strains of brewer’s yeast above Earth’s atmosphere. This flight into space will take place this month with their launch into space. This will be the first test to determine the viability of beer in outer space.

“NSP is a very serendipitous project,” explains Nikos Ridge, CEO and co-founder of Ninkasi. “I don’t think you could have planned a more perfect pairing of beer and space geekery.”

Introduced through a mutual friend, Ridge met with Bruce Lee, of CSXT, at an amateur rocket launch competition in 2013 where the idea first came about.

“As a result of meeting Nikos, CSXT is pleased to include Ninkasi as a team member for the launch,” says Bruce Lee, principle and range safety officer for CSXT. “Launching brewer’s yeast into space will be an interesting experiment – something we’ve never done before.”

With almost a year of planning, NSP will finally get off the ground this month. Ninkasi’s lab technician, Dana Garves, and RapidMade, a Portland, Ore. company specializing in 3D printing, worked hand-in-hand to design and create a payload container built specifically to safely carry the 16 yeast strains into space and back to Earth for brewing—the first to do so.

“I couldn’t contain my excitement when I first heard of NSP,” says Garves. “We spent hours researching, developing and testing what we think will ensure that the yeast travels safely and returns to us healthy enough to brew with.”

After the launch, CSXT will retrieve the payload and immediately hand off the yeast samples to Garves who will analyze the yeast on-site with a microscope used in conjunction with her smartphone.

“Since we’ll be off-the-grid for the launch, I had to figure out a way to examine the samples remotely,” explains Garves. On-site, Garves will be testing for the viability of the yeast, analyzing the number of dead and live yeast cells.

If successful, the NSP team will return to the brewery with healthy yeast, ready to make its way into a very special beer for craft beer and space aficionados alike.

“Obviously, the fact that we’ve never launched yeast into space presents many challenges in itself even with months of planning,” says Ridge. “While we have confidence in our partners and the process, this is uncharted territory on several fronts and I can’t wait to see how it all unfolds on launch day.”

To help followers keep up-to-date with all NSP happenings including the July launch, Ninkasi has released a microsite to learn more at http://nsp.ninkasibrewing.com.