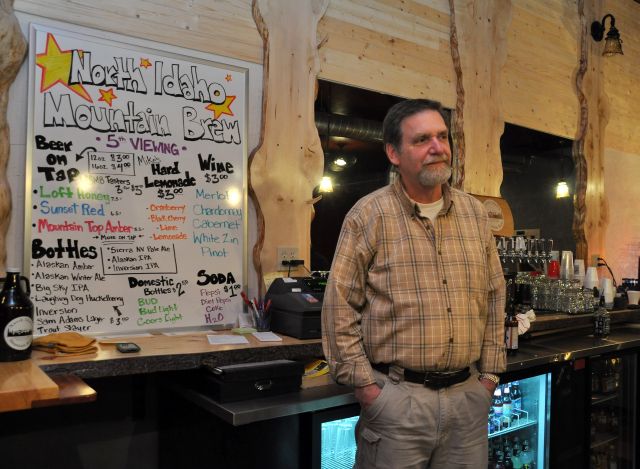 In a town of only 960 people, you might be surprised to find good craft brew — much less two craft breweries. In Wallace, Idaho they do indeed have two breweries. The newest kid on the block is North Idaho Mountain Brew.

Nestled just off the historic downtown area, North Idaho Mountain Brew is at the entrance of the Wallace RV Park. Brewer and on-site park owner Mark Burmeister along with his partners Pamela Burmeister (his dedicated wife), Don Hofmann, Chris Conley and Pam Conley, gutted the old building that once housed apartments, turning the building into a great seven-barrel brewing facility and soon-to-be restaurant. They have only been open for a few weeks now and, at the time of the interview, had not received the large scale brewing equipment scheduled to be delivered by Memorial Day weekend. 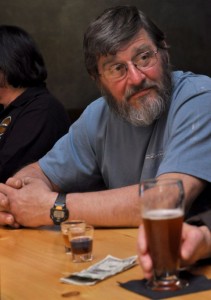 Mark grew up in the Silver Valley, then went on to Alaska and was employed by Halliburton. Almost everyone he worked with homebrewed — a hobby Mark would also venture into. His hangout in Alaska, Moose’s Tooth, would be an inspiration for his own enterprise. After retiring in November, he set out to put this dream in motion in the place he grew up.

Right now Mark is brewing out of his garage in 10-gallon batches every other day, to support the four accounts he has that serve his draught beer: Red Light Garage, Day Rock, The Jameson, and Noah’s Canteen at Silver Mountain.

Mark’s first four solid offerings consist of a pale ale called Summit Gold, a Belgian-patterned pale ale called Loft Honey, an Irish red dubbed Sunset Red, and his flagship Mountain Amber. He also plans on adding a porter and an IPA into the mix very soon. Mark started with a red that was developed for Red Light Garage while he was still working in Alaska. He would brew when he was home and it would ferment when he was working up north. He did this cycle for about two years.

As a self-proclaimed hophead Mark understands the challenges in dealing with his local light lager drinking clientele. But with the area’s silver mines opening back up and being bookended by great ski hills and snowmobilers, there will be plenty of people who will venture toward the delights of craft beer. Plus, with tourism a primary component of the local economy, Mark said that visitors often have a taste for the area’s brews. 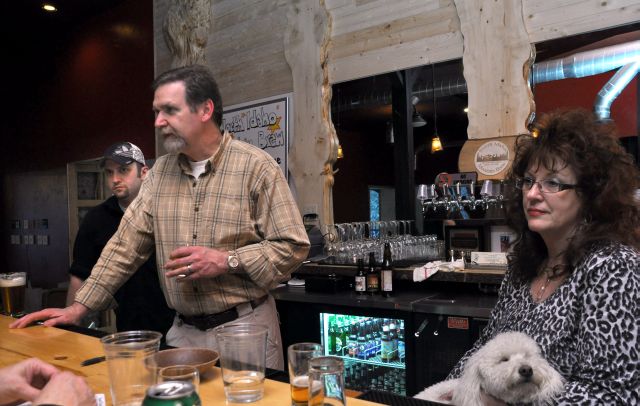 “It’s amazing how much people (visitors) want to drink the local beer,” he noted.

And he is happy to provide it.

“The most rewarding is when I hear people enjoying my beer and having this opportunity to brew beer,” Mark said. “I’m not vain about it — I just want people to enjoy beer.”

Pamela Burmeister, a big part of the collective effort who has been married to her husband Mark for 38 years said “We collaborated this effort together, spent months and now years, developing, tasting, marketing and now remodeling this historic building. I have not brewed a single batch, but my tastings include taking Mark back to the drawing board to improve his beer. We have traveled, talked and drank beer together for six years, gave up our ‘other life’, retired together. This journey we have been on has not been easy, without trial and tribulation and many, many sacrifices.”

Pamela adds, “We partnershiped up together in 2008 and moved forward, Mark brewing the beer, Don head of construction of the 100 year old building, which now houses City Limits Pub as well. I oversaw the interior design decisions. Chris and Pam Conley have been instrumental in decision making as much as possible while living in South Carolina.”

The group of partners, also own the entities of City Limits Pub. 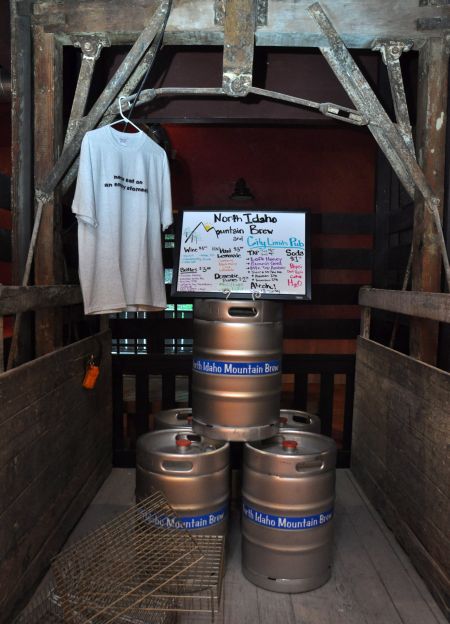