What is now an institution here in Portland, Bailey’s Taproom has entered the New Year with anticipation of celebrating its 10 Year Anniversary this summer. But craft beer fans will not have to wait until July to celebrate, as Bailey’s Taproom will be hosting monthly beer events throughout the entire year.

When Bailey’s Taproom opened its doors in August 2007, the local craft beer scene was quite different than what we have today. During this time period downtown Portland was not known for offering more than a few beer destinations. There were two breweries, Rock Bottom and Tugboat Brewing, both of which are still open today. Higgins was offering an excellent selection of beers, there was Kells Irish Pub but beyond that the diverse beer offerings were not all that noticeable. Then Geoff Phillips decided to open a craft beer bar on a corner in downtown Portland that wasn’t in the friendliest section of the city.

Bailey’s Taproom opened in 2007 pouring 20 rotating taps with a handwritten beer menu located above the taps. Through the years the bar has evolved. It progressed to a digital menu board from DigitalPour, was the first to offer Crowlers within Portland and made other tweaks to better its services. Now Bailey’s pours 26 taps, two of which are always cider, one a cask and another on nitro.

In early 2013 Bailey’s announced that it acquired the space above the bar that was once home to the 24 Hour Church of Elvis. After settling on the name The Upper Lip, the new space held its first event in June of 2013. Then this past June Phillips opened its third business, BrewedOregon, selling Oregon beer merchandise alongside a small cooler of select Oregon brewed beers. 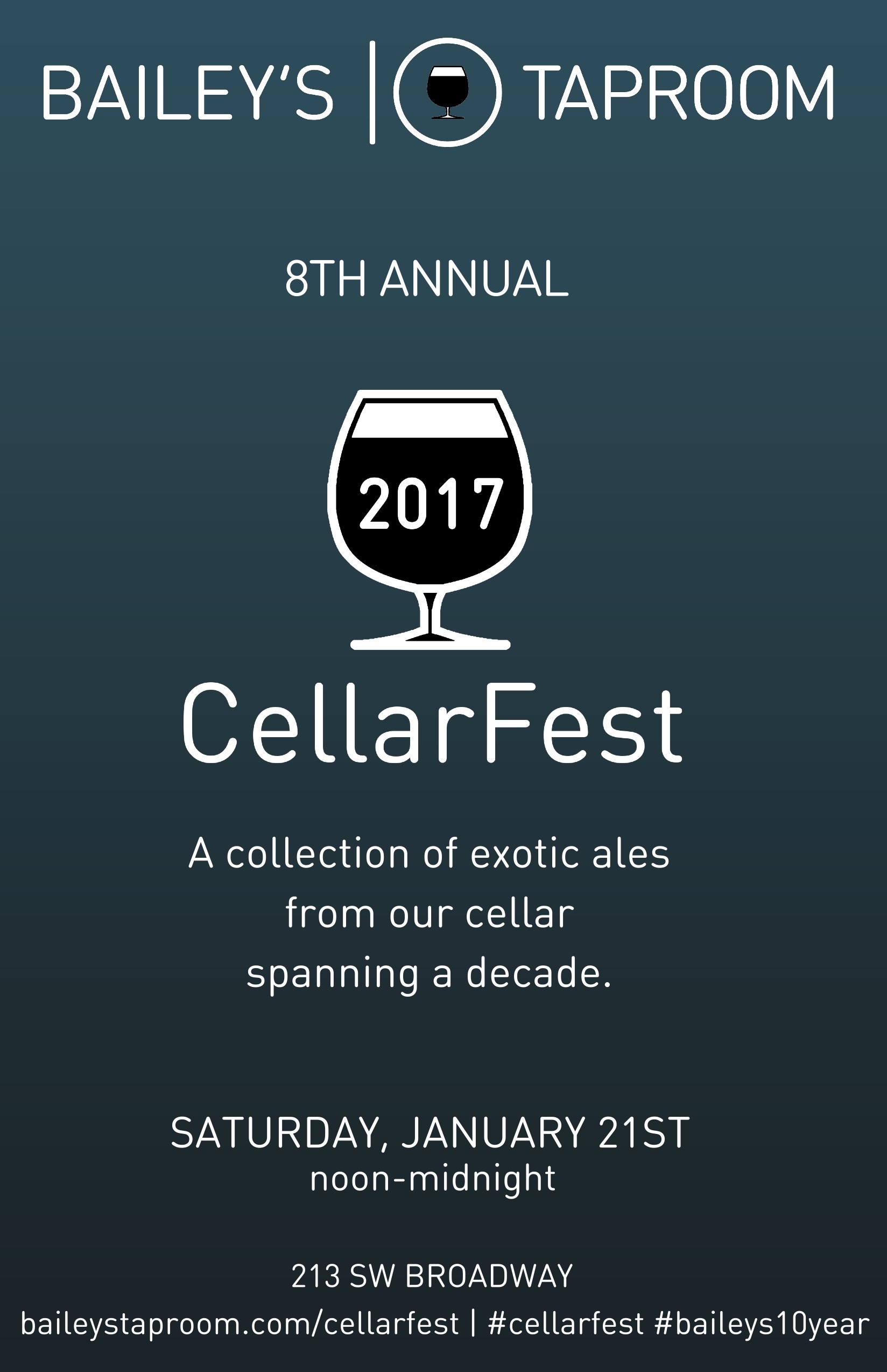 To kick off its 10 Year Anniversary, Bailey’s Taproom will host its annual CellarFest 2017 on Saturday, January 21st. Now going eight years strong, CellarFest is a day when the staff at Bailey’s digs deep into its cellar to find the best cellar aged beers to place on tap for one day only. This year is no exception from the partial draft list that the bar recently released.

After CellarFest look for events each month. Here’s a look at events through June.