When Fruit Smash Hard Seltzer was launched a year ago, this lineup of 4.7% ABV and 100 calorie hard seltzers entered a crowded marketplace of better for you adult beverages. This lineup offered three flavors, just like the new Fruit Smash Super Hard Seltzer offers. The main difference is that this new lineup is much more robust at 8.0% ABV, 160 calories, and 1g of sugar.

Fruit Smash Super Hard Seltzer is made with real fruit juice and other natural flavors. Unlike most other hard seltzers, Fruit Smash Super Hard Seltzer pours in a colorful hue that resembles the fruit forward flavor of each offering. Flavors include Pineapple Punch, Cherry Lime Chill, and Wild Watermelon, all delivering intense fruit juice flavor at a higher ABV with a mere 1g of sugar. But just this 1g of sugar leads to a bit sweeter finish. 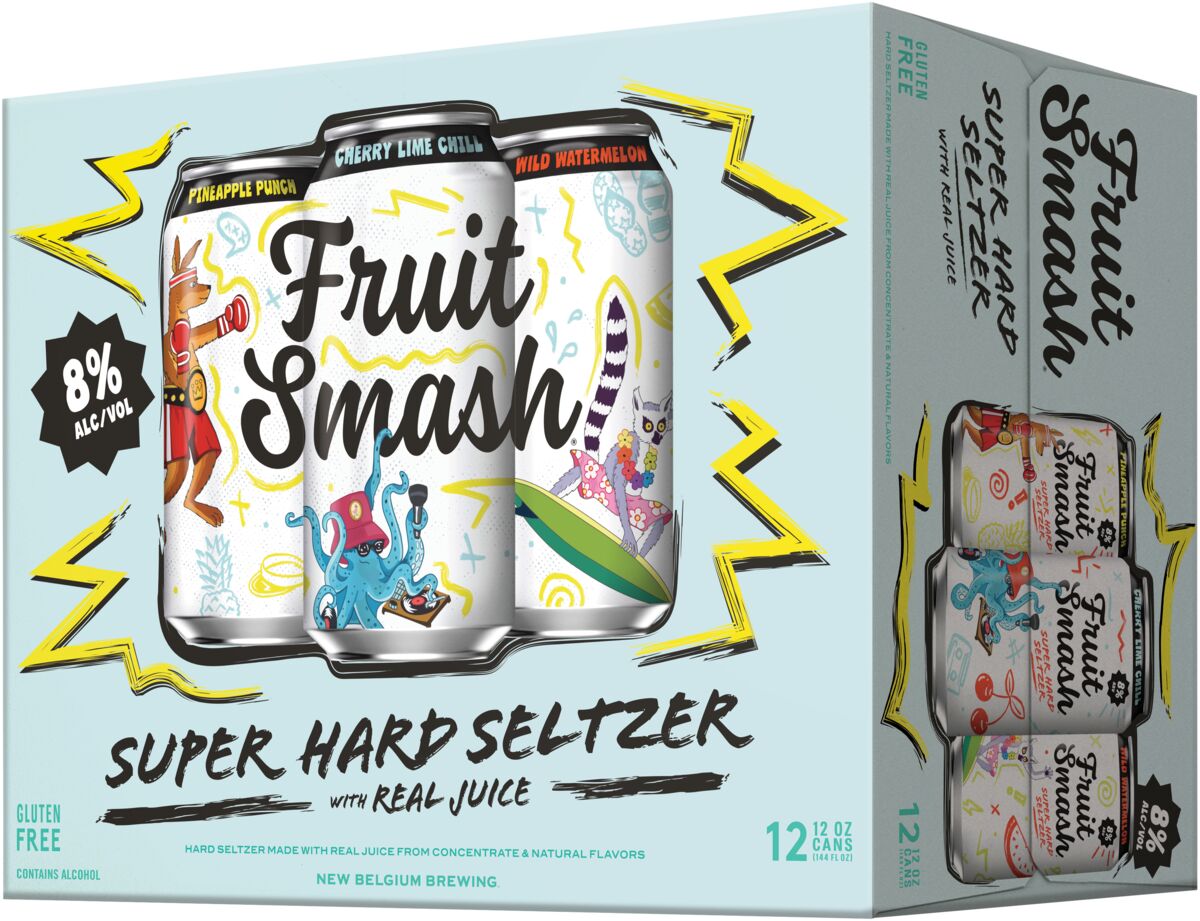