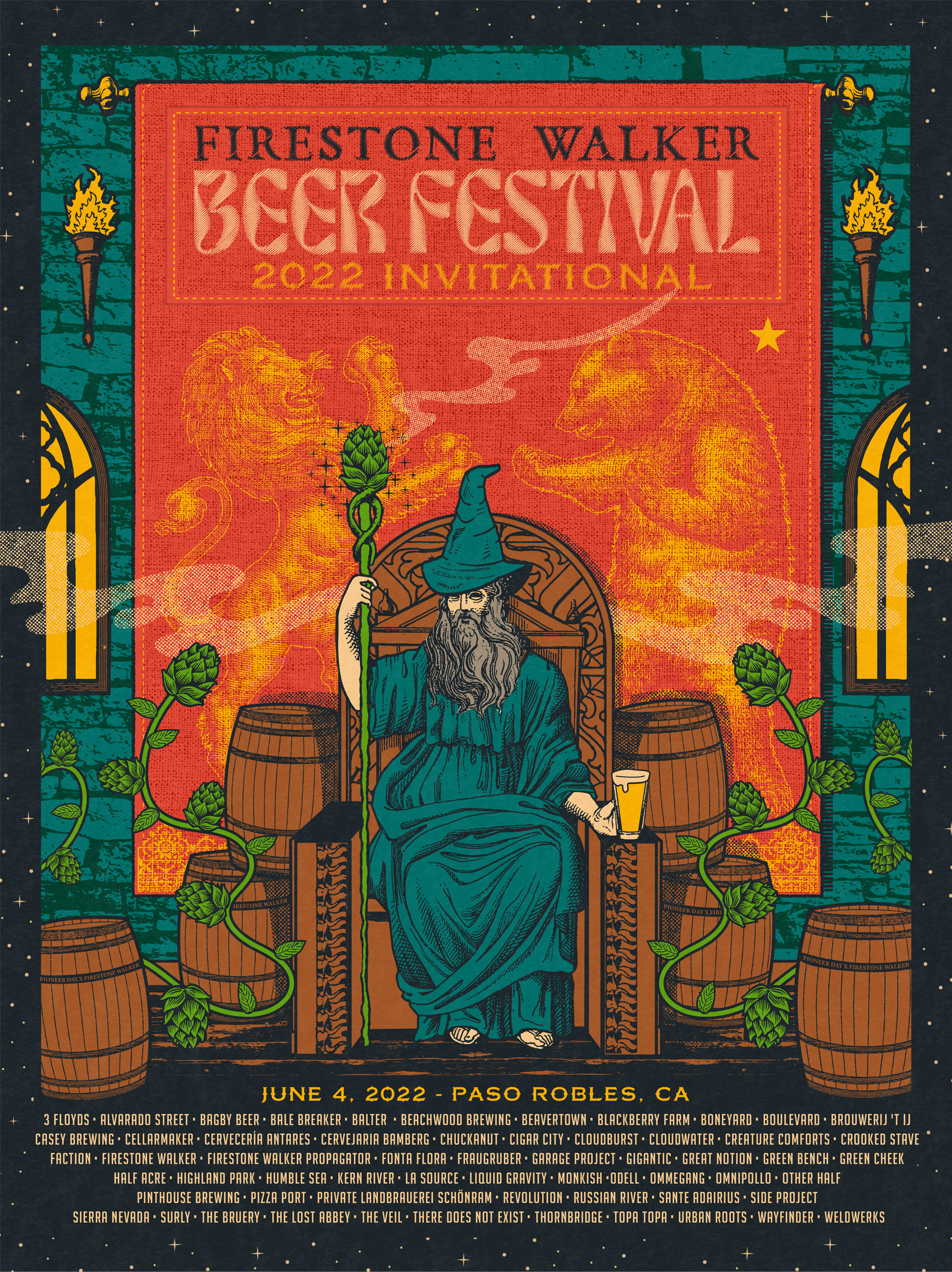 When it comes to specially curated beer festivals, the shining star of all festivals makes its return after a two-year COVID slumber. Yes, the 2022 edition of the Firestone Walker Invitational Beer Fest is set to return on June 4, 2022 to Paso Robles, California.

“The Firestone Walker Invitational Beer Fest was born from a dream of creating a world-class festival featuring some of the best brewers in the world,” said Brewmaster Matt Brynildson. “This is a day when we can set the sales pitches aside and simply share our beers and stories with passionate craft drinkers.”

One of the features that makes the Firestone Walker Invitational Beer Fest unique is that the brewers themselves come to the event to personally share their creations, ensuring that the experience is steeped in craft beer culture. For 2022, there will be 60 breweries in attendance.

Attending breweries at the 2022 event include many first timers, including a few from the Pacific Northwest. Serving for the first time at the FWIBF include Wayfinder Beer, Great Notion Brewing, Chuckanut Brewery, Cloudburst Brewing, and Bale Breaker Brewing. These newbies will be both Boneyard Beer, that has been in attendance all nine years and Gigantic Brewing, who arrived a five years later in 2017 and have been serving every year since!

The 2022 Firestone Walker Invitational Beer Fest collaboration beer will be brewed with Green Cheek Beer Company. Parrotphrase is a dry-hopped grisette ale that’ll be packaged in cans and on draft. This beer will be poured for all fest patrons, and will be available for public pre-sale in April.

The fest will also feature offerings from local food artisans as well as live music by The Stone Foxes and The Lil’ Smokies. Proceeds from the Firestone Walker Invitational Beer Fest benefit the nonprofit Paso Robles Pioneer Day, a beloved local institution.

The full prize also includes private tours and behind-the-scenes experiences at Firestone Walker’s Venice and Paso Robles breweries, and three nights at local hotels plus lunch and dinner at the brewery taprooms.

The sweepstakes is open from now through April 3 at 11:59 p.m. PST. Interested craft beer fans may submit their entry via the Ultimate Firestone Walker Experience sweepstakes page. The winner will be randomly drawn after the close of the sweepstakes period. Best of luck!!!